When you use your email for all of your regular communication, it can be hard to keep track of the most important messages. Luckily, there are two easy ways to save important emails in QQ Mail. What’s more, you can do it right from your inbox or other folder, or while reading the message. 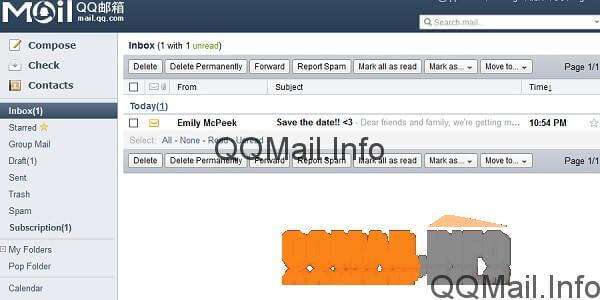 If you aren’t sure how to sign into your qqmail inbox, read our tutorial on logging in and out of QQ Mail first, and when you’re all logged in, come back to this page.

This is probably the simplest and most visually attractive way to save important messages in qqmail. If you use Gmail regularly, this star system is very similar.

If you look at the left sidebar in your qqmail account, right underneath the “Inbox” tab is a section called “Starred”. This is there by default, so you don’t have to create it yourself. It is basically a pre-made folder that you can go to in order to find all the emails you have labeled with a star.

Labeling a message with a star is super easy. Find the email you want to mark as important, and all the way to the right will be a little outline of a star. If you hover your cursor over it, you might get a little box telling you what it does: “Add Star”. 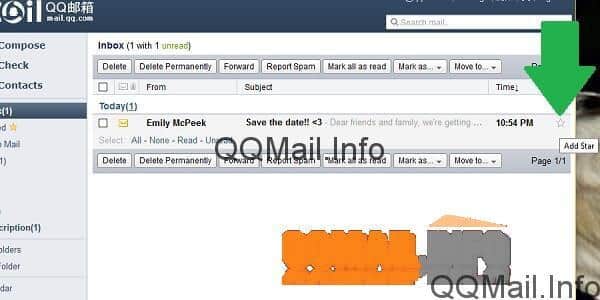 Once you click the star, it will be filled in with yellow, indicating that the email has been starred. Notice that the message is still in your inbox. Starring the message won’t move it out of its original folder. All it does it make it easier to find again by putting it in the “Starred” folder as well. 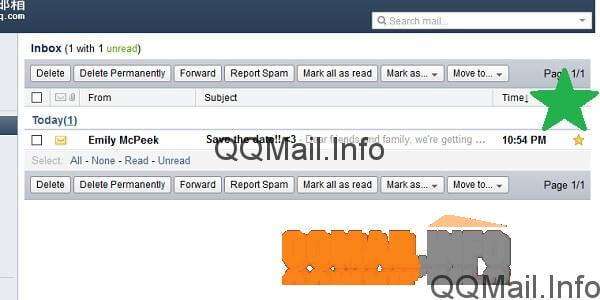 To see what I mean, go ahead and click on the “Starred” tab under the “Inbox” tab. You should see your newly starred message there. 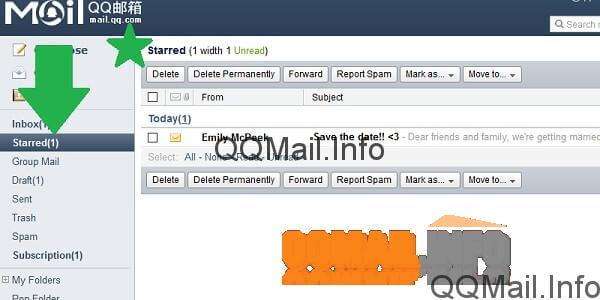 The star system is nice because you can see the little yellow stars from your main inbox. This way, they aren’t “out of sight, out of mind”. But it’s still easy to filter out all the less important email just by looking at the “Starred” tab.

Hint: You can also create “labels” for messages that work just like stars. Select the desired message, click on the “Mark as…” button, and create a “New label”. Name it whatever you want.

The only issue with saving important messages using qqmail’s star system is that it works best when used sparingly. If you have a ton of emails that you consider important, you might be better off creating your own system of folders to manage those messages.

Here’s why: imagine you have 1,000 messages in your inbox. Now imagine that 500 of those are “important” according to your criteria. If you went and starred all 500 of the important messages, it would still be hard to find what you’re looking for in the “Starred” tab.

A better way to organize a huge amount of important emails like this would be to create multiple types of “Important” folders.

Creating a new “IMPORTANT” folder in qqmail is also very easy. Just make sure that the message or messages you want to move to the new folder are checked, click on the “Move to…” button, and select “New folder…” at the bottom. 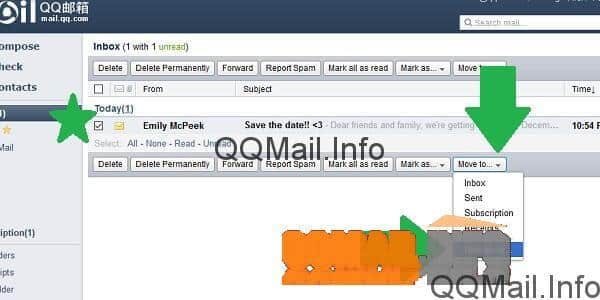 Now, just type in the name of your new “Important” folder. Then, click “OK” to save it and move the selected messages. 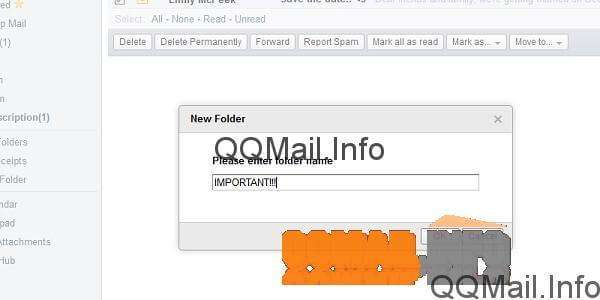 Note: I typed some exclamation points here, but it turns out you can’t use special characters in your folder names in QQ Mail. So my folder name ended up just being “IMPORTANT”.

Now, in your left side bar, under the “My Folders” section, you will find your new “Important” folder, which should contain all the messages you selected in the first step. Click on it to look at the folder. As you can see, the message I wanted to save in my “IMPORTANT” folder is right there were I put it. 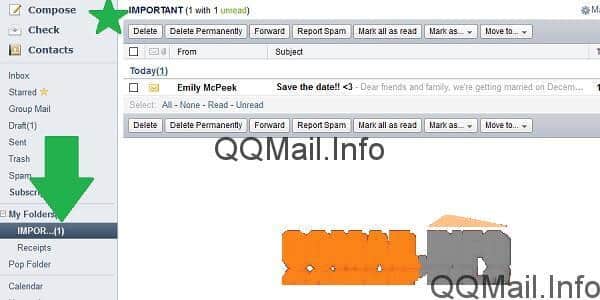 This folder is available for you to use whenever you want now. Next time you select a message and go to move it, this “Important” folder will appear in that drop-down menu that unfolds from the “Move to…” button. Create as many different folders as you need to stay organized.

Hint: for a more detailed tutorial on creating folders, check out our post on how to create folders in QQ Mail.

Saving an important message in QQ Mail while reading

One of the nice things about qqmail is that the interface doesn’t change very much from your inbox view to message view. You can save important emails while reading an open message using either of the two methods described above. 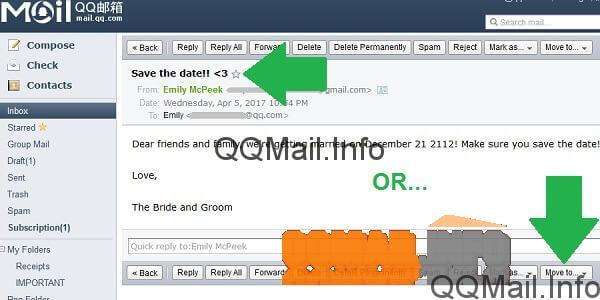 For the first method, just find the little star outline next to the message subject, and click it to save it to your starred messages.

For the second method, click on the “Move to…” button, and select your “Important” folder if you have already made one, or create a new folder for important messages.

See how easy it is to save important messages in QQ Mail? Personally, I like the stars because they’re visual and pretty. But for people who are nervous about throwing anything away because it might be important “someday”… Well, folders are a great solution for you. You can stay organized and never worry about having deleted a message that might be important in the future.

Don’t miss our next tutorial on how to mark and delete spam in QQ Mail.